The Research Foundation – Flanders (FWO) and the Fund for Scientific Research (F.R.S.–FNRS) awarded the “Roger Van Geen” chair to Thomas Cocolios, professor at KU Leuven. This biennial prize is an initiative of SCK CEN. This year, it rewards the career of T.E. Cocolios in the field of nuclear physics and nuclear medicine. 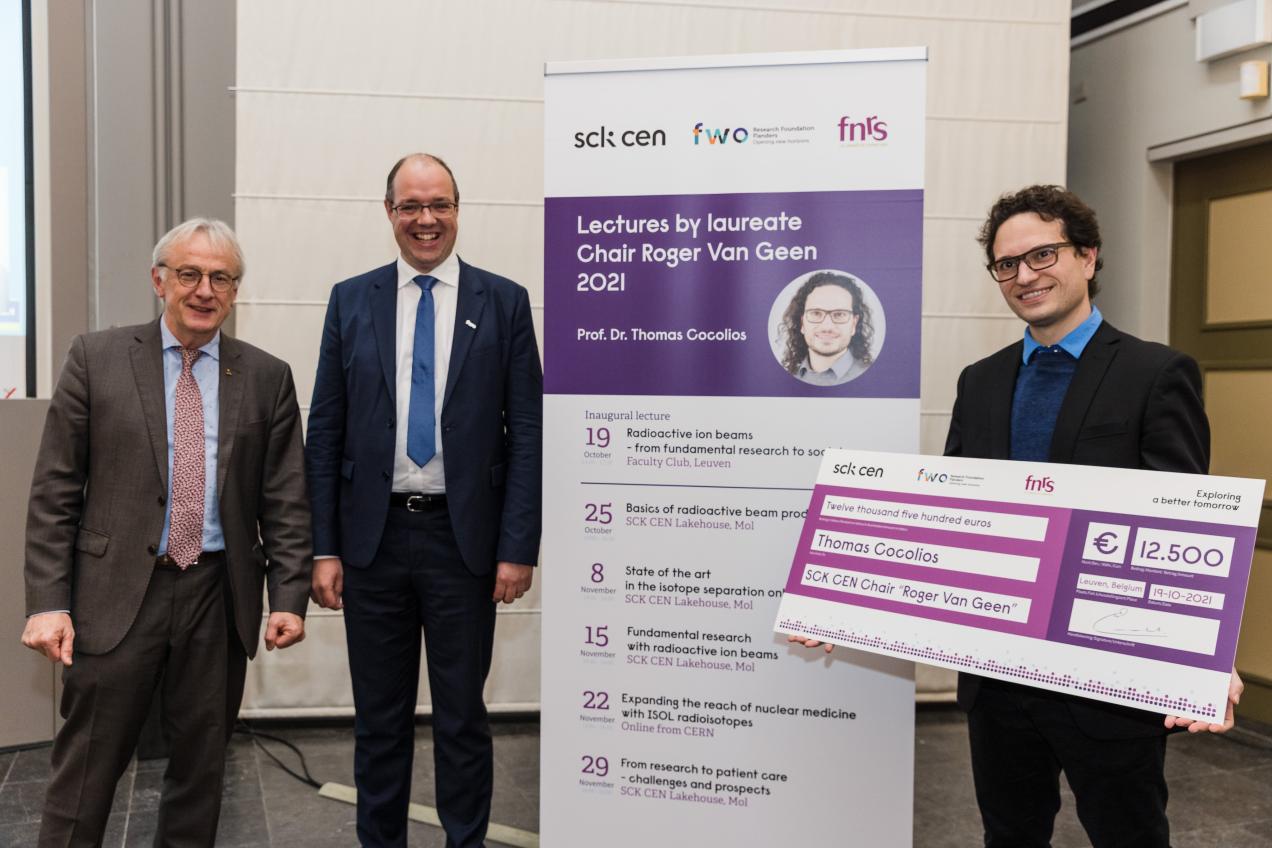 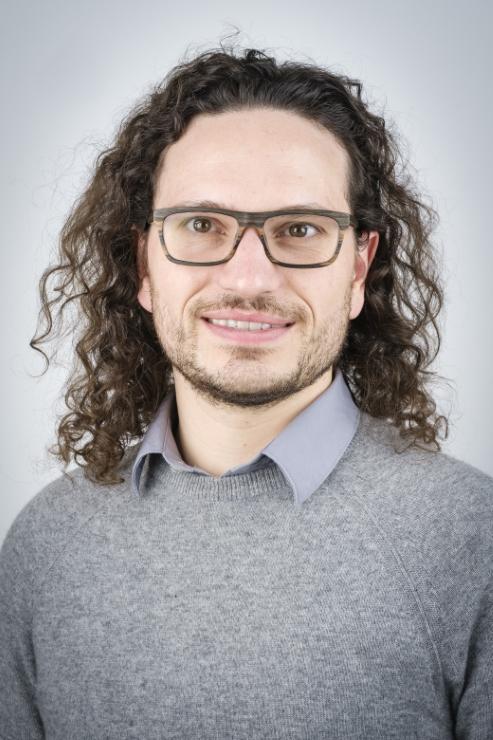 For years, nuclear physicists have been studying the properties of the most exotic radioisotopes. Some of these radioisotopes could play a decisive role in the fight against cancer. Even though physicists identified their potential early on, radioisotopes were often not studied further. “To be able to study their potential, we need a reliable supply. Only the industry can provide this supply. However, the industry will only invest in radioisotopes for which there is a viable market later on. Only research can provide certainty on this matter. This becomes a vicious circle”, explains Thomas Cocolios. The professor at KU Leuven – originally a fundamental nuclear physicist – is dedicating his career to breaking this vicious circle. “With CERN MEDICIS – and later on ISOL@MYRRHA – we are enabling research and development of a new generation of radioisotopes for medicine.”

His efforts are now being rewarded with the “Roger Van Geen” chair. With this chair, SCK CEN awards outstanding scientists in the nuclear field. The award is granted by the Research Foundation – Flanders (FWO) and the Fund for Scientific Research (F.R.S.–FNRS). “It is an award for scientific excellence in fundamental or applied nuclear research and a special commitment to sharing knowledge through education and communication," states Eric van Walle, SCK CEN Director-General. This makes Thomas Cocolios proud. “It is the highest recognition for nuclear scientists in Belgium. I am deeply honoured to have my name next to this title.” This award also comes with a cash prize of 12,500 €. A ceremony to present the award will be held on 19 October 2021. Cocolios will on that occasion also present his inaugural lecture “Radioactive ion beams – From fundamental research to society”.

An example to both young and old

The chair gives more visibility to the importance of nuclear research – both within the sector and beyond. “Thomas Cocolios is an inspiring example for his fellow scientists on the one hand and for the youngsters on the other. Nearly 150 publications, supervisor of about 25 PhD and Master students and various academic teaching assignments and actions in the field of scientific communication: it is an impressive list that you won’t easily see with his peers. Thomas Cocolios shows that STEM subjects are not only fascinating, but also extremely important in an everlasting quest to improve our general wellbeing", continues Michèle Coeck, director of the SCK CEN Academy.

A series of lectures in autumn 2021

In order to make Thomas Cocolios' inspiring voice heard, the SCK CEN Academy is organising a series of lectures this autumn for students, academics and researchers of SCK CEN and other institutions. “That promises to be an interesting programme”, praises Michèle Coeck (SCK CEN Academy). On the programme, the following lectures:

Follow this page to stay informed about the lectures.

Prof. Roger Van Geen obtained his Master's degree in Physics and a doctorate in Science at the Université libre de Bruxelles (ULB). He went on to become a Professor and Dean in the Faculty of Sciences and Applied Sciences at the Vrije Universiteit Brussel (VUB), where he was appointed to the position of Rector in 1974. It was under his rectorship that the university's own hospital, the Universitair Ziekenhuis Brussel, commenced its activities and a decision taken by Prof. Van Geen also led to the construction of an oncology centre and a paediatric hospital.

In 1975, Prof. Van Geen joined the Board of Directors of SCK CEN, where he became Managing Director in 1989 and Chairman from 1991 onwards. During his time in office, he made a decisive mark on SCK CEN's scientific ambitions and made a significant contribution to the development of a major network of international partners. Prof. Van Geen was also a bridge builder in his dealings with politicians and the humanities.