SCK CEN and EDF combine their expertise in nuclear research for a safe, affordable and clean electricity

EDF, world leader in low-carbon power, and SCK CEN made their cooperation official by signing a Memorandum of Understanding in the nuclear research sector. 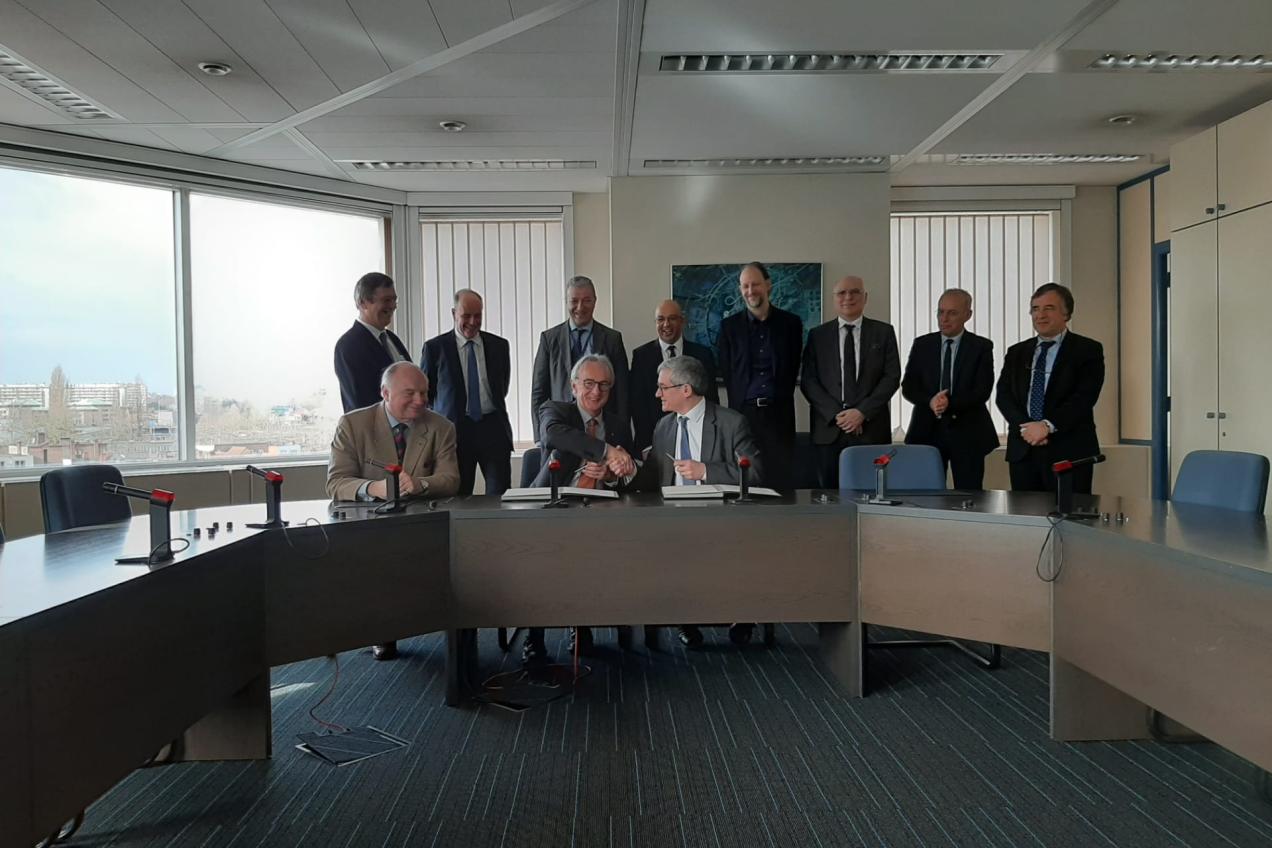 The Memorandum of Understanding was signed by Bernard Salha, Chief Technical Officer and President of EDF R&D, Derrick Gosselin and Eric van Walle, SCK CEN Chairman of the Board of Governors and Director General respectively. The cooperation will include the simulation of fuel behaviour, the management of radioactive waste, future reactors and innovative means of component manufacturing.

With a team of 850 researchers, the Belgian research centre has a thorough knowledge in studying material aging, nuclear fuel behaviour and radioactive waste. These studies are being performed in the research centre’s facilities.

Bernard Salha, Chief Technical Officer and President of EDF R&D, welcomes this cooperation: “SCK CEN is a major actor in nuclear research in Europe. This cooperation will enable EDF to speed up the development of innovative solutions thanks to the skills and testing resources of their research centre. SCK CEN will in turn benefit from the knowledge and technical expertise of EDF R&D which rank among the best in the electricity sector.”

As for Eric van Walle, SCK CEN Director General, he stated: “Research into the components of a power plant are paramount to guarantee the safety and improve the functioning of electricity generating facilities. SCK CEN is carrying out such research on behalf of electricity producers in Belgium but also for many other major actors in Europe and around the world.“