On July 24, 50 years after the first moon landing, the SPACEX-18 rocket left the Kennedy Space Center (Florida) for the International Space Station (ISS). Within the rocket are basaltic rock and some bacteria. “With this experiment in flight, we will examine whether ‘local’ rocks (e.g. moon rocks) can be used to make biological life in space possible”, explains microbiologist Natalie Leys (SCK CEN). Will this experiment be our gateway to the ambitious moon village? 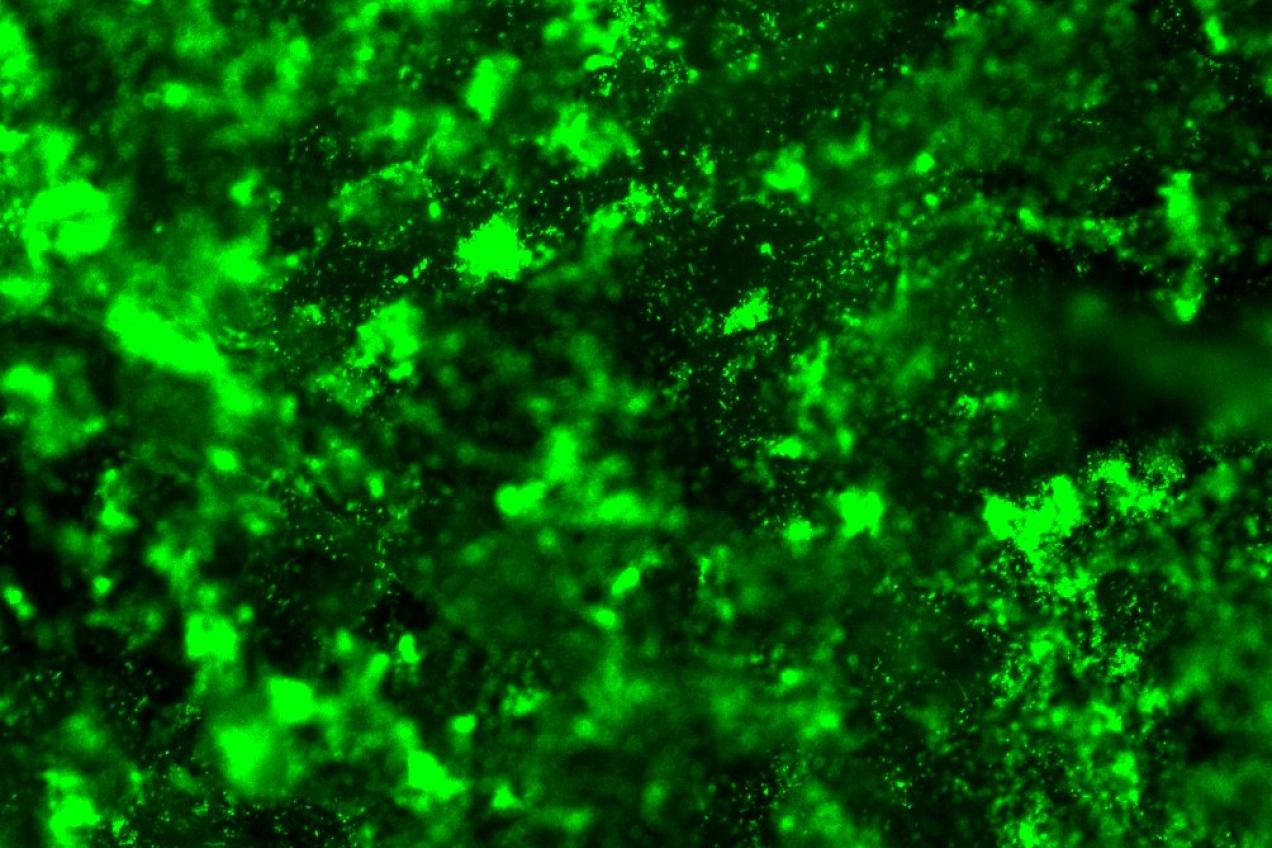 There are many ambitious projects around to build a moon village. This moon village would possibly be a steppingstone to the very coveted planet Mars, on which Man wants to set foot. “One of the biggest challenges we are facing is autonomous supply of food and water. It will be impossible for the future inhabitants of this moon village to regularly stock up”, states Natalie Leys, microbiologist at SCK CEN. Scientists at SCK CEN are thinking up solutions allowing astronauts to produce water, food and oxygen themselves. “In December 2017, we sent the very first bioreactor into space. On July 24, we have sent a new experiment into space”, says Natalie.

Thanks to this new experiment in flight, SCK CEN will be verifying whether “local” raw materials (e.g. moon rocks) can be used to make life in space possible. “Do bacteria stick to this type of moon rocks and do they then grow? Can they, under the influence of microgravity and cosmic radiation, extract the necessary nutrients from the moon rocks and transform these rocks into more ‘fertile’ land in a later stage? We could then use these nutrients as raw materials for food production, the so-called space farming”, relates SCK CEN researcher Rob Van Houdt, who coordinates the project. The experiment will be orbiting round the Earth for three weeks aboard the ISS and is carried out in cooperation with the UK Centre for Astrobiology, German Aerospace Center and Aarhus University.

For this experiment, the partners are using basalt on which they released three bacteria. “Basalt is a volcanic rock on Earth that we can also find on the Moon”, explains Rob Van Houdt (SCK CEN). “We are studying the bacterium called Cupriavidus metallidurans. This tenacious bacterium can survive in water containing very few nutrients, can resist toxic elements in the soil and has already proved that it could easily grow in space. Two other bacteria are put under close scrutiny by our partners.”

The study’s results allowed for a better understanding of biomining. “To keep it simple, we see what the possibilities are for getting nutrients by mining planetary surfaces. This insight gives us the opportunity to improve the processes and, in the end, to become less reliant on valuable, terrestrial resources”, concludes Natalie Leys (SCK CEN).