INSPIRATION: spirulina to combat hunger in the South

SCK CEN has been actively engaging with Entrepreneurs for Entrepreneurs (EfE) since 2014. This Belgian organisation aims to promote sustainable economic growth in Global South countries by building relationships between entrepreneurs in the North and in the South. A mission that fits perfectly with our research centre's corporate culture, where responsibility, innovation, knowledge transfer and sustainability are central values. 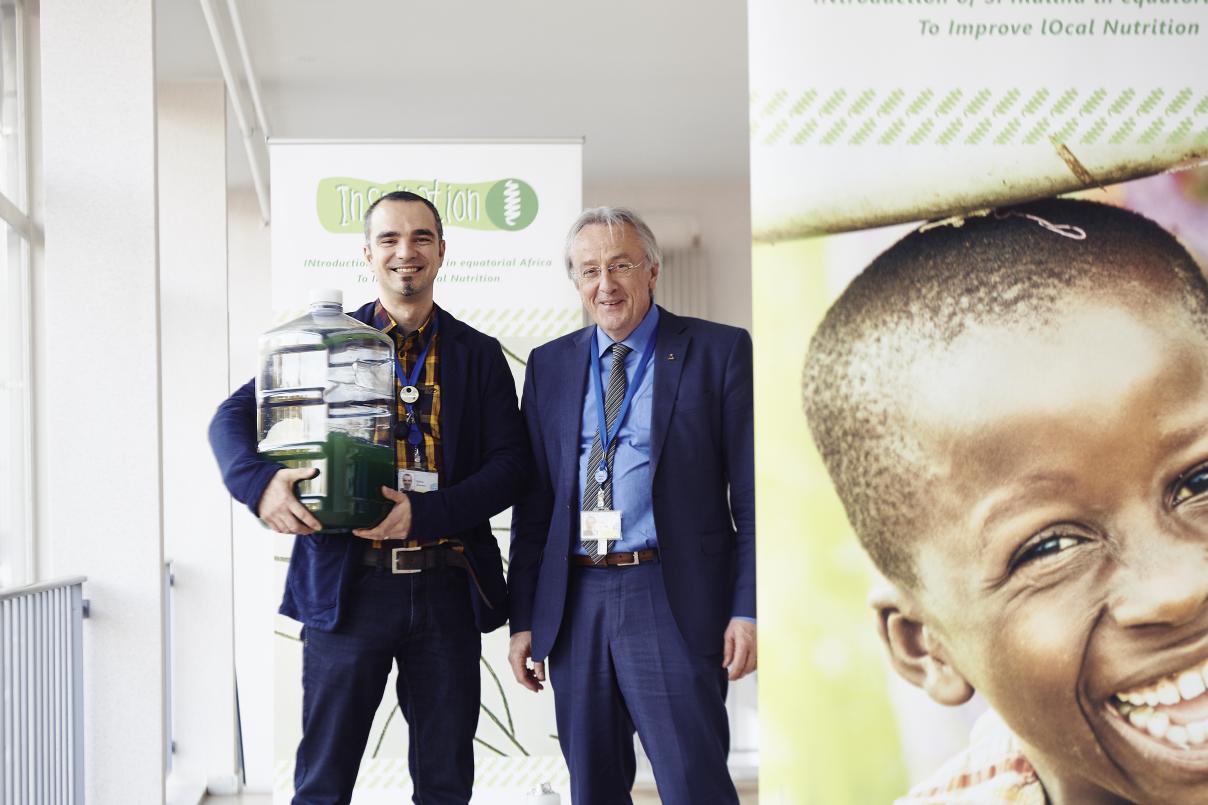 Along with Entrepreneurs for Entrepreneurs, we launched the INSPIRATION project. This aims to develop and support the cultivation of the cyanobacterium spirulina in the Democratic Republic of Congo. The cyanobacterium is nutritious and can therefore make an important contribution to the battle against chronic malnutrition, which in Congo currently affects 43% of all children under five (source: Caritas International).

How can Congolese people best grow their own high-quality spirulina? How can they get enough high-quality supplements to their diet? SCK CEN is looking the answers thanks to its own many years of experience in spirulina research for the space sector. We share the knowledge and skills with local farmers in Congo, so that they can (continue to) work independently.

How is this project going? 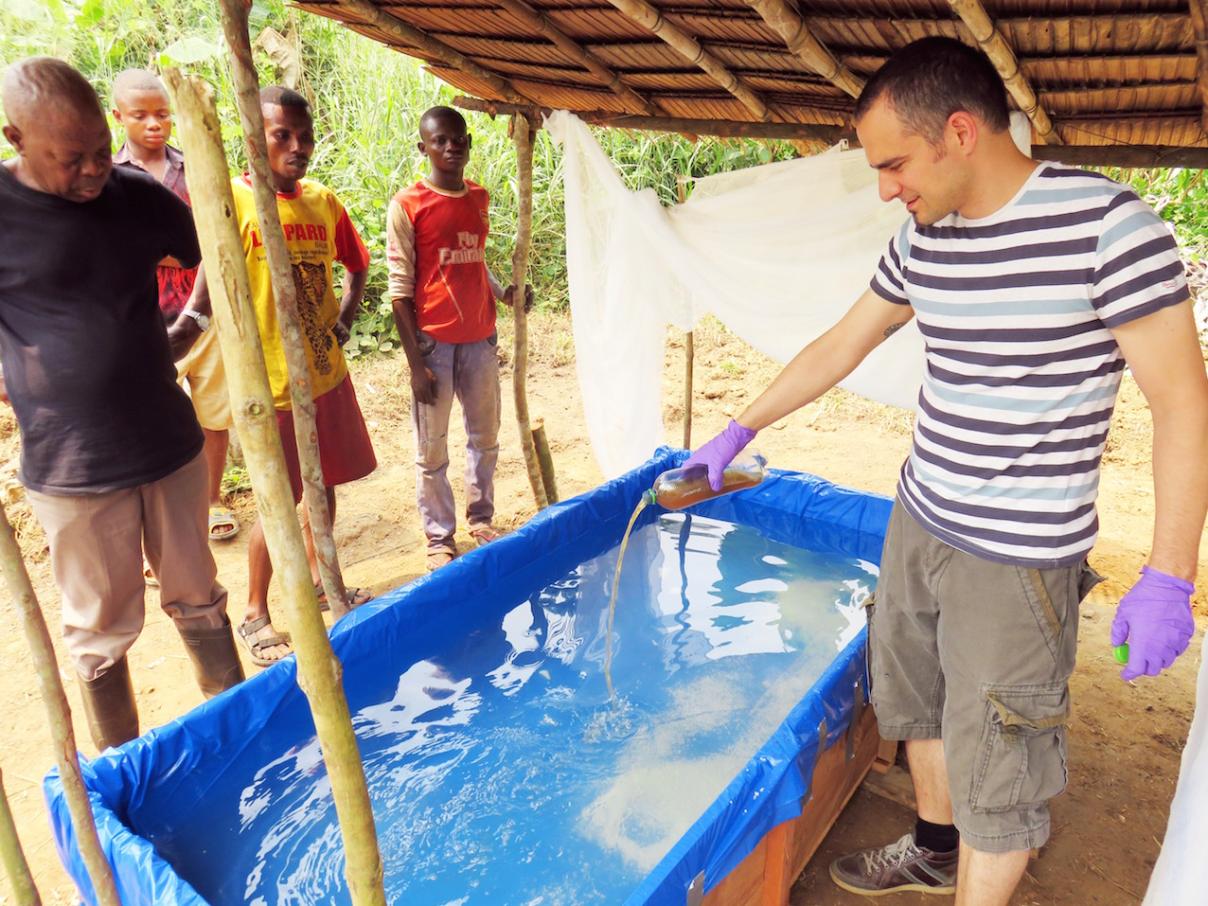 In 2015, the INSPIRATION project began in the regions of Mooto and Mbandaka, where the first cultivation basins were installed. That needed some good preparation! This is because spirulina acts like a sponge, absorbing all substances – including potentially toxic ones – from the water. So before you can grow spirulina, you need to make sure that the water has been fully purified. Our SCK CEN chemists tested various water sources and identified the safest for spirulina cultivation. This research was done both on-site and remotely.

In July 2016, SCK CEN staff went back to DR Congo, this time with a spirulina inoculum and nutrient to ensure the culture started off well. We also bought equipment, had sturdy, waterproof basins made, and provided a canopy to protect the spirulina from heavy rain and full sun, as that could dilute, disrupt or contaminate the spirulina culture. 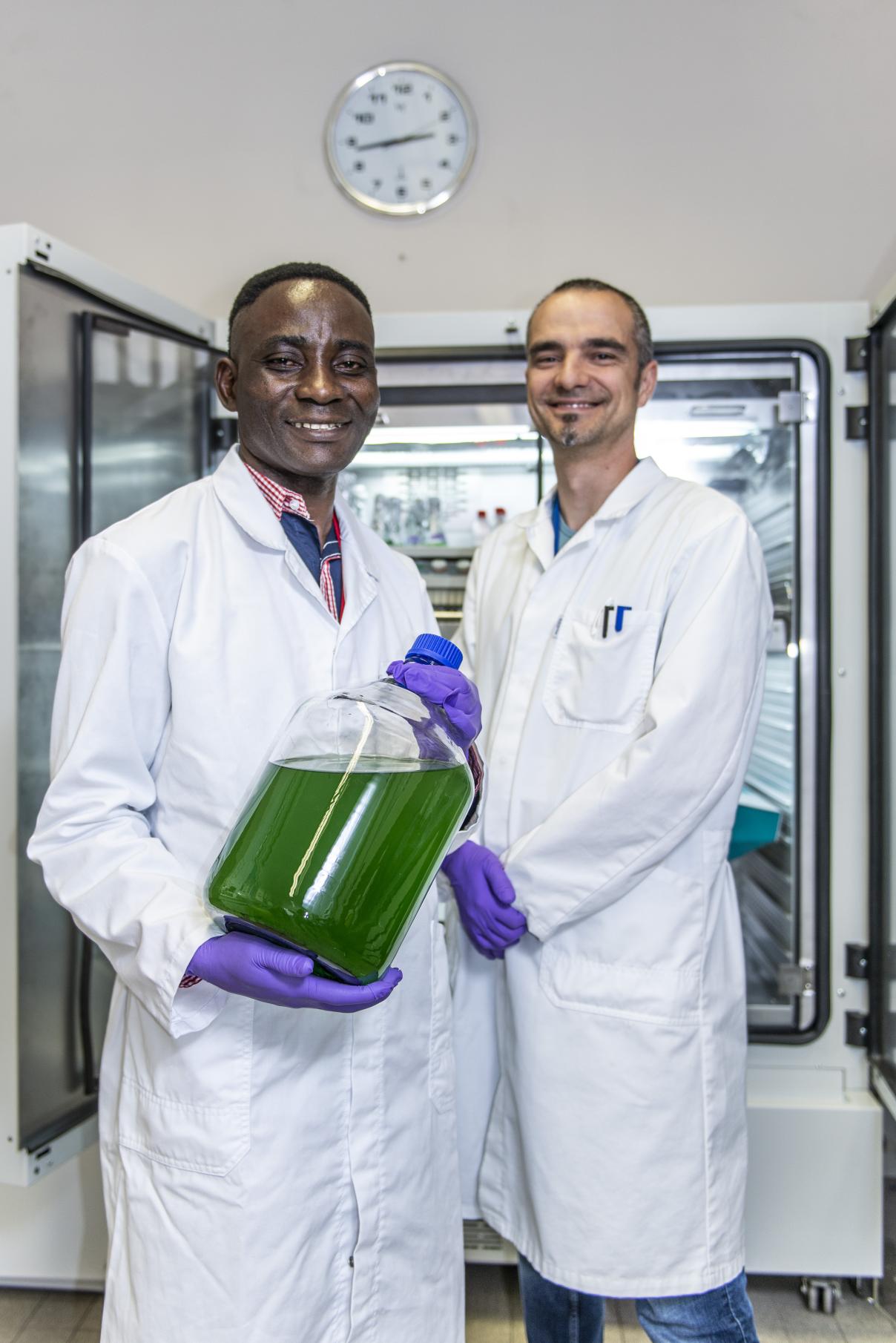 Such a smooth, solid start to the project would not have been possible without the help of the Belgian NGO Congodorpen. They helped out at every stage and left nothing to chance. Not only that! Thanks to one of the staff, we got to know Denis Bwabwa. It soon became clear that he would become an important link for the INSPIRATION project.

Denis is an assistant professor at the Université Pédagogique Nationale (UPN), specialising in nutritional supplements for fish farming. When he heard about the INSPIRATION project, he decided to get involved as our project leader in DR Congo. That means that he is in charge of the on-site investigation, awareness-raising and informing the population, and organising tasting sessions. In the meantime, he has been so captivated by the project that he is taking a doctorate at SCK CEN to develop spirulina cultivation in DR Congo and to find alternative, local nutrients.

Meeting Denis immediately provided a boost to the INSPIRATION project. Indeed, thanks to him, a collaboration with the Université Pédagogique Nationale (UPN) of Kinshasa was born. The aim? To continue to broaden our knowledge of spirulina cultivation together, but also to develop an educational component to raise awareness and train the local population.

In the next stage, UPN will further refine the cultivation of spirulina, ramp up production and process the crop so that it can be given to malnourished children on a large scale as a dietary supplement. SCK CEN has also continued to provide financial and scientific support throughout.

Spirulina is a rich product, but the production process does present some challenges. This is why we invited Denis Bwabwa to SCK CEN's labs. For at least 3 months, he took a training course with SCK CEN's microbiologists, and got to know the intricacies of the spirulina business even better. He took the knowledge and experience back to the UPN.

In September 2021, Denis Bwabwa headed to Agou Nyogbo in Togo to complete his training at a large-scale spirulina farm. He was delighted by it, as setting up a similar farm in DR Congo is now the highest ambition. Of course, this is easier said than done, because building a basin with proper production equipment comes at a hefty cost. SCK CEN is helping with the budget preparation, after which Entrepreneurs for Entrepreneurs will search for sponsors. The aim? To have an operational farm in Kinshasa by 2025.