Nuclear fusion: the sun on earth

No greenhouse gases, almost no long-lived radioactive waste and an almost unlimited amount of energy. With that in mind, nuclear fusion is sometimes referred to as the Holy Grail of the energy sector, a technique imitating the power generation of the sun. The sun makes two (hydrogen) atomic nuclei collide en melt together into a heavier atomic nucleus (helium). This process is executed under very high pressure and temperature values.

We cannot imitate such high pressure on earth. To be able to realise similar fusion reactions at a lower pressure, scientists use two variants of hydrogen: deuterium and tritium. Deuterium is extracted from seawater, tritium is produced in the fusion reactor itself by exposing lithium to neutrons. The atomic nuclei, both positively charged, repel one another. That is why they are heated up to 150 million degrees Celsius. At these temperatures, an electrically charged gas, named plasma, is created. If the temperatures in the plasma rise to sufficiently high levels, the particles melt together and produce a huge amount of energy. 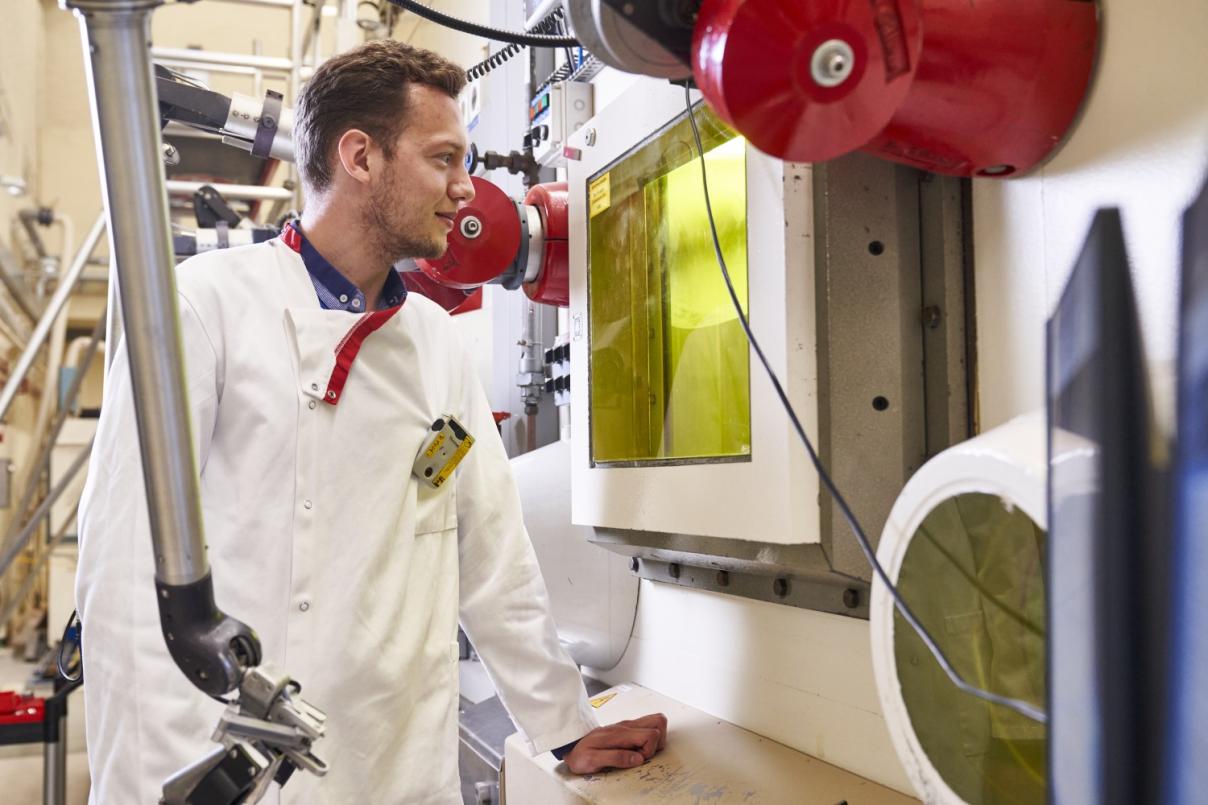 The impact of extreme temperatures and reactions

The components in a nuclear fusion reactor are exposed to much more extreme conditions than in conventional nuclear reactors. International research centres, including SCK CEN, join forces to assess the impact of these extreme conditions. What are the effects of radiation on the equipment, robotics and crucial structural materials? How do we maintain the nuclear reaction in the fusion reactor?

The technical and practical challenges of nuclear fusion are huge but the construction of the test fusion reactor ITER in Cadarache (France) is an important step forward. The ITER project should demonstrate the scientific and technical feasibility of nuclear fusion as a future energy source that can be used on earth. Worldwide, numerous research centres, including SCK CEN, join forces in this project to optimise the technology.