Sponsors and partners of the SCK CEN Academy 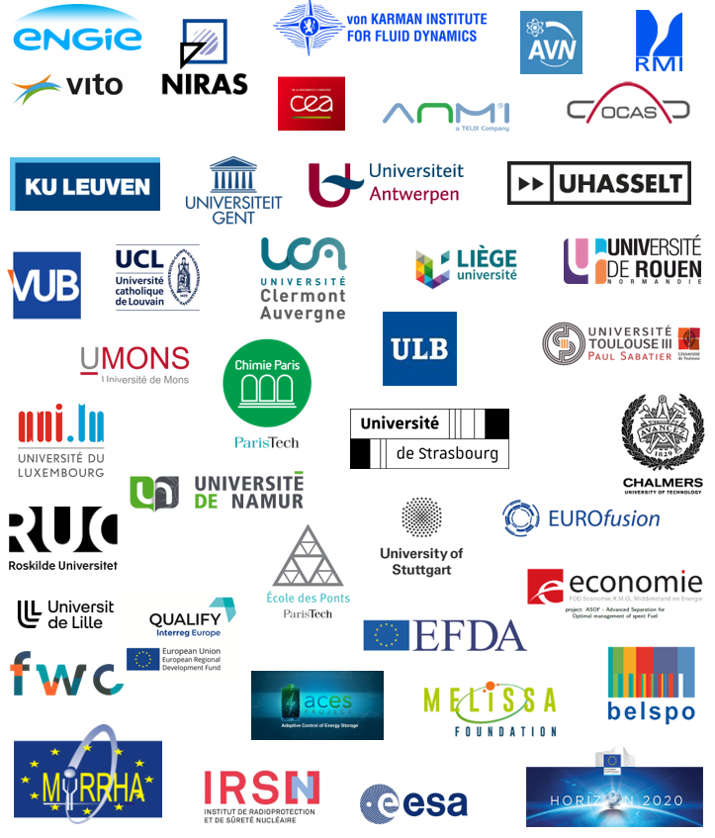 SCK CEN and its Academy continuously look for sponsor and collaboration contracts with relevant partners from the industry, the medical sector, governmental organisations, etc. The aim of such a collaboration is to set up a research (PhD) project  with a scope that falls within SCK CEN's research activities and which also provides added value to the sponsor. An example hereof are the joint PhD projects SCK CEN has with the Belgian Agency for Radioactive Waste and Enriched Fissile Materials (NIRAS/ONDRAF).

The SCK CEN Academy uses a standard sponsor contract with a special clause dedicated to the financial arrangement between SCK CEN and the third party with a fixed amount per year that SCK CEN will receive from the third party in the frame of a specific PhD (4 years) or post-doc contract (2 years). In this contract, the sponsor guarantees the total independency of the PhD/post-doc and of SCK CEN, and all Intellectual Property Rights stay with SCK CEN. If requested by the sponsor, SCK CEN is willing to examine the possibility of a common valorisation of the research results by means of a standard collaboration agreement. The sponsor will obtain a privileged position towards other potential partners for valorisation.

In exchange for the sponsoring, SCK CEN will put the logo of the sponsor on the Academy website and will mention the sponsor on a regular basis in acknowledgements of publications and during the Day of the PhD’s, organised at SCK CEN. The SCK CEN mentor also invites the sponsor to progress meetings related to the PhD or post-doctoral research.

We currently have scientific partnerships with the following organisations: